And also of Thanksgiving, and Nantucket Grey walls, and preparing for Christmas, and of course, the Big Book Sale.


Katharine spent Thanksgiving with Uncle Rudy and his family. She folded the napkins and sent me this photo. I counted my blessings...not the least of which were hearing the happiness in her voice and seeing photographs of her smiling again. 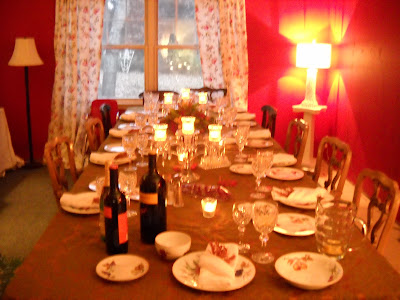 Now, on to the Big Book Sale! 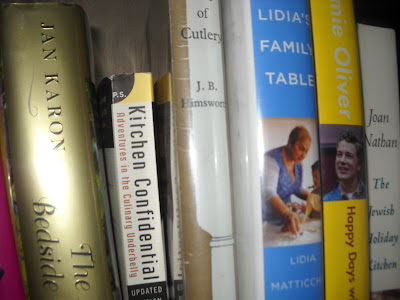 Lydia Bastianich, Jamie Oliver and Joan Nathan to add to the cookbook collection. It's hard to see the spine on the Nathan book, but it's titled The Jewish Holiday Kitchen. Kitchen Confidential is there because my son purloined my other copy when I was 3/4 of the way finished. Only difference, I paid $15.00 for my first copy and .50 for this one! 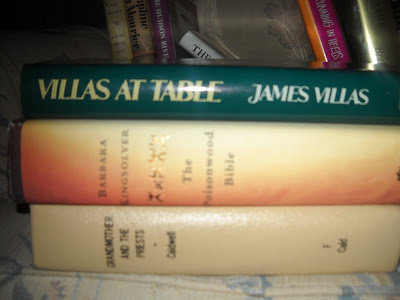 Villas At Table is more a treatise on the joy of eating than a cookbook, although it does have some recipes. Grandmother and the Priests by Taylor Caldwell was published under a different name (which escapes me) in the U.K. and The Poisonwood Bible I've already explained. 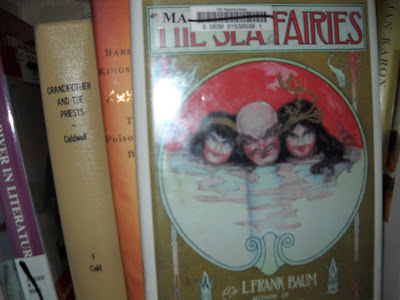 The Wizard of Oz was the first chapter book I ever read. I was thrilled to find this volume of The Sea Fairies by L. Frank Baum at the sale (despite the rather grotesque and creepy cover illustration). 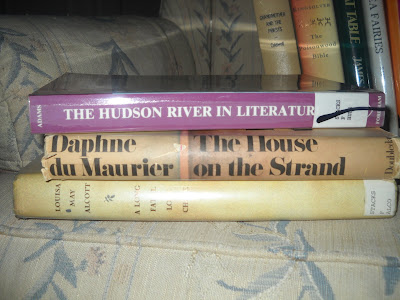 The DuMaurier was published in the sixties and is, I believe, set in Cornwall. This is a book club edition and it will fit in nicely with The Glass Blowers and The Flight of the Falcon, which I got as a teenager when they came out as book club selections. Du Maurier was my favorite author in high school, along with Dickens, and Arthur Conan Doyle. And The Hudson River In Literature speaks for itself. 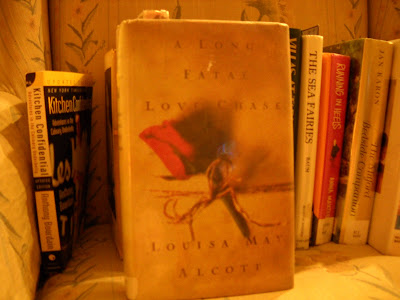 A Louise Mae Alcott book I'd never heard of - about obsession and stalking. A Long Fatal Love Chase was published about 100 years after her death, was it not? Very un-LouisaMaeAlcott-ish I should think. Whatever was Louisa thinking under those lilacs? Still waters... 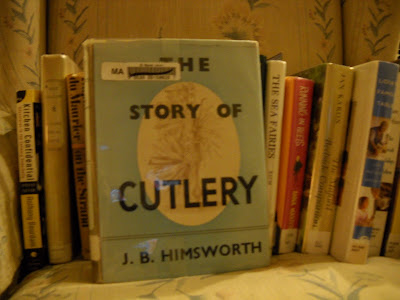 Please don't laugh. As soon as I saw it I absolutely HAD to have this book from 1955. Apparently, I need not have worried about someone arm wrestling me for it. I would hate to think of its fate had I not saved it from the dump pile. It still has the little card pocket glued into the back cover and sign out card. Poor little thing had only been checked out about 8 times since it first came out. ("That MUCH?" said one of my daughter's friends. Always a smarty pants.) But Mr. Himsworth, an Englishman, is totally enamoured with his subject. He addresses it with such gusto! Oh, it gets even better (or worse depending on your perspective). This book began as a series of lectures. So...people actually got dressed and went to a hall somewhere to hear Mr. Himsworth wax poetic about cutlery and, hopefully, stayed awake. Mr. Himsworth's lectures were a - destination. And if that were not remarkable enough, some editor somewhere actually suggested he work the lectures into a book, and then a publisher published it!! How cool is that? You can't imagine how much there is to know about the story of cutlery until you start to think about it - which apparently few people ever do. Please note, it is not a history of cutlery - but rather the story of cutlery. A subtle yet important distinction. Cutlery has a story to tell, and Mr. Himsworth was the one to tell it. Perhaps not a book you take to bed on a cold winter night, nevertheless it has a quirky charm I could not pass up. As an aside, the back cover shows a lovely depiction of a pair of shears. 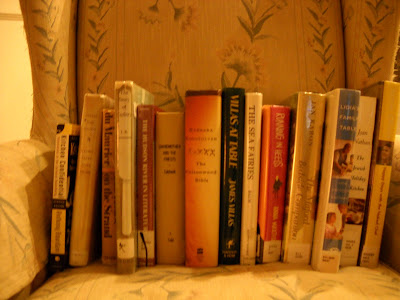 Running in Heels is in there simply because it looked like fun, and The Mitford Bedside Companion for reasons I cannot now remember, especially since I've never read any of the books in the Mitford series. 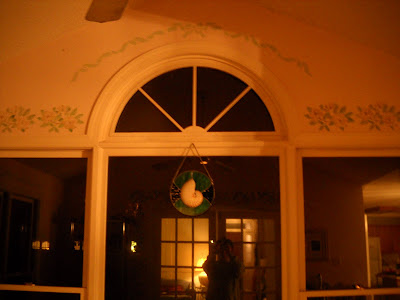 This is the sunroom (my flash wasn't working very well, but you can get the general idea of the stencils - oh - hello, Grad. I can see your reflection). 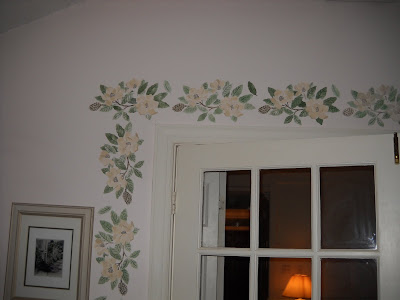 Magnolia Blossom and a better picture of the magnolia blossoms (soon to be history) The walls will be (what else?) and the trim work will be a glossy bright white, rather than the dull creamy white it is currently. The photo is crooked, but I assure you the door, in reality, is not. I'll unveil my "after" pictures, well...after. 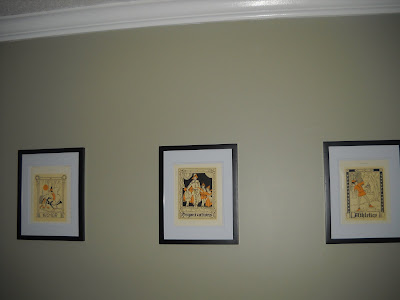 The sunroom will soon become the same Nantucket Gray, shown here in my kitchen. The feeling it evokes is calm and restful - not gray and depressing as the name might imply. I've never been to Nantucket, but I would like to see where my Nantucket Gray would fit in. By the way, the illustrations come from the 1926 Radiograph yearbook, from The Girl Graduate fame. I didn't take Evie and Viola's yearbook apart, though. I wouldn't have had the heart. However, the 1926 Radiograph was from Duffy's senior year. The drawings represent Humor, Organizations, and Athletics, and are delightfully art deco. There is one additional plate entitled "Seniors" which will also go up on the wall - as soon as I find the identical frame.
Tonight I'll go home and put up the Christmas tree. I might begin taping off the woodwork in the sunroom. On Friday I'll open my nice new gallon of paint, purchased at the hardware store on Saturday (together with a wonderful squeegee that extends up to 7 feet for cleaning those tall windows.) And who knows, I might just crawl into bed with The Story of Cutlery and a glass of wine after all.
Posted by Grad at 10:20 AM