THINGS THAT GO BUMP IN THE NIGHT

I've been asked to select some titles for the next Slaves of Golconda book. At first I hadn't the ghost of an idea. I mean, it really was murder coming up with a theme. It was a devil of an assignment that haunted me. I think you now get the drift.

Autumn is here at last. The nights are growing cooler and soon leaves will turn their most brilliant hues - their last hurrah before...Death. Why do we love to be frightened? In what was my most recurrent nightmare, I was being chased by a frightful, demonic figure. As I tried to flee, my feet became leaden and I slogged forward knowing that right behind me breathed a beast. I was always just outside his reach. And then one night I discovered that I could run as fast as the wind with one...big...catch. I had to turn around and run backwards, thereby forcing myself to face the creature that roared and raged, ready to devour me. The nightmare never returned after that night. I had learned to face my fear, and by facing it I had defeated it. Perhaps that is why stories of mystery and suspense, of ghosties and ghoulies and monsters under the bed hold a certain goose-pimply charm for us. So, in honor of Halloween (my favorite holiday) I thought a little mystery, murder, mayhem or "things that go bump in the night" might be in order. Follow me....if...you...dare! 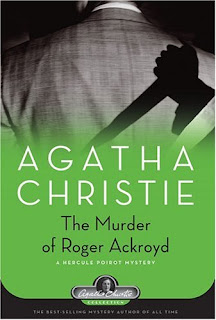 First published in 1926, and considered to be one of Christie's most controversial mysteries, the Murder of Roger Ackroyd breaks all the rules of traditional mystery writing. A widow's suicide has stirred rumors of blackmail, and of a secret lover named Roger Ackroyd, who was found stabbed to death in his study. The case is so unconventional that not even renowned detective Hercule Poirot has a clue how to solve it. For many Agatha Christie fans, this was her masterpiece. 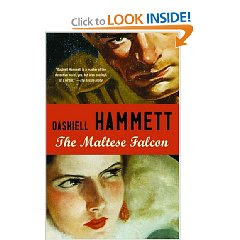 THE MALTESE FALCON by Dasheill Hammett
The Maltese Falcon is a detective novel - one of the best ever written. It is also a brilliant literary work, as well as a thriller, a love story, and a dark, dry comedy.

It involves a treasure worth killing for, Sam Spade - a private eye with his own solitary code of ethics, a perfumed grafter named Joel Cairo, a fat man named Gutman, and Brigid O'Shaughnessy, a beautiful and treacherous woman whose loyalties shift at the drop of a dime. These are the ingredients of Dashiell Hammet's coolly glittering gem of detective fiction, a novel that has haunted three generations of readers. (from Google books).

THE STRANGE CASE OF DR. JEKYLL AND MR. HYDE by Robert Lewis Stevenson 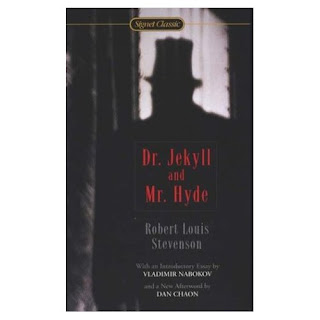 Published in 1886, this is one of the best known of Stevenson's novels. It concerns the way in which an individual is made up of contrary emotions and desires: some good and some evil. Through the curiousity of Utterson, a lawyer, we learn of the ugly and violent Mr. Hyde and his odd connection to the respectable Dr. Jekyll. A brutal murder is committed. The victim is one of Utterson's clients, and the murder weapon a cane which Utterson had given to Dr. Jeykill. And so, the lawyer becomes entangled in the strange world of the physician who has created a drug that separates the good in human nature from the evil - and the despicable Mr. Hyde.

THE WOMAN IN BLACK by Susan Hill 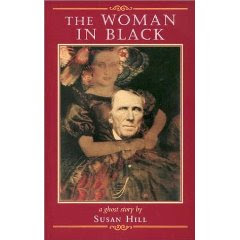 Set on the English moor, on an isolated cause-way, at a mansion in the bleak, flat wetlands - with no neighbors in sight, the story stars an up-and-coming young solicitor who sets out to settle the estate of Mrs. Drablow. Routine affiars quickly give way to a tumble of events and secrets more sinister than any nightmare.

Often compared to Shirley Jackson's The Haunting of Hill House, the book starts peacefully and builds to a frightening crescendo that, according to one reviewer on Amazon, "will haunt" you."